Liverpool have been handed a small boost regarding the fitness of Brazilian goalkeeper Alisson ahead of their clash against Arsenal this weekend.

Alisson picked up a problem during the Reds’ opening Premier League game of the season against Norwich two weeks ago, with the Brazilian international being made to sit on the sidelines since because of this.

The former Roma shot-stopper has been recovering from his injury since then, with new signing Adrian being made to start between the sticks for Jurgen Klopp’s side during his absence.

And amidst this, one of Liverpool’s goalkeeping coaches has provided an update on the player’s fitness, and it’s good news for Reds fans.

As per the Athletic, via Goal, ‘keeping coach John Achterberg has been speaking about Alisson’s fitness, stating that Alisson “is good. He’s in every day for treatment and they try to improve things. He’s able to do some fitness work in the gym without using his leg.”

Achterberg then commented on a potential return date for Alisson, stating that “there’s an international break coming up and we’ll have to wait and see how long it takes after that.” 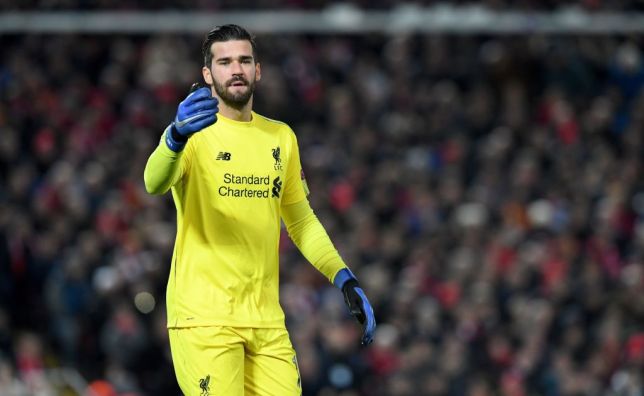 Given these words, it seems like Alisson’s progressing well with his recovery from injury, and hasn’t suffered an setbacks, thus it shouldn’t be too long before we see the Brazilian back in Liverpool’s starting line-up.

Until then, it seems like the Reds are going to have to put their faith in Adrian, a goalkeeper who’s already shown during his first two appearances for the club that he far from the same quality as Alisson.