When a player who is often linked with a move away signs a new contract, it’s sometimes seen as their current club offering a bit more money to ensure they get a sizeable transfer fee when they do leave. That can’t be said with Robert Lewandowski’s new contract as it looks likely he will stay at Bayern for the rest of his career.

According to Sky via Getfootballnewsgermany, the Polish star has agreed to extend his stay in Munich until at least 2023.

They also state that according to Sportbild, he had been looking at a move in frustration at the club’s lack of transfer activity. It would appear the signing of Coutinho may have been a huge factor in convincing him to stay.

Lewandowski is undoubtedly one of the best in the world so it’s no great surprise that he was linked with a move in the Summer. The Metro reported that Man United had made an approach to sign the Bayern striker in May but obviously no move materialised.

Lewandowski was linked with a move to Manchester

He would be nearly 35 when his new contract expires so it now looks highly unlikely that he will make the move to Manchester.

It’s also a sign of how quickly things can change in football when you consider that Ole Gunnar Solskjaer’s team probably don’t need to sign him after an impressive start to the season.

Of course he is a fantastic player but his style is completely different to that of Marcus Rashford and Anthony Martial so it looks a good outcome for all parties.

Bayern face strong competition from Borussia Dortmund for the Bundesliga title and will be hoping Lewandowski can add to his 195 goals for the club as they look to keep their title for another season. 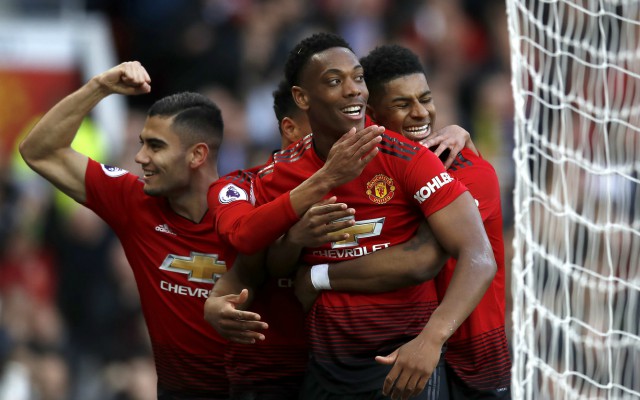 Martial and Rashford may be better suited to Solskjaer’s style of play.