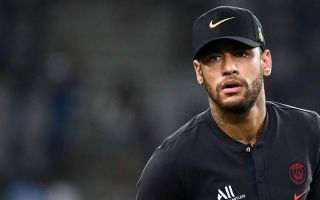 Neymar has demanded a staggering €35m-a-year contract from both Barcelona and Real Madrid, which Spanish giant can pull off the superstar’s singing?

The 27-year-old would also like to sign a five-year deal, meaning either side will have to pay the tricky attacker around €175m over the course of his contract.

These are truly astonishing figures.

With the transfer window closing in two weeks, we’d expect there to be movement on the Neymar front very soon, however, neither club have had a bid accepted for the charismatic Brazilian just yet.

According to Goal, the French giants are open to granting Neymar’s wish by sanctioning a permanent transfer this summer or a loan with an obligation to buy next summer.

Goal report that the Parisians value the ace at a staggering €220m to €250m, Neymar could be on the brink of breaking the world’s most expensive transfer fee for the second time in his career.

Madrid could have the upper hand on their heated rivals in the chase for the superstar.

El Chiringuito also report that Madrid’s squad would welcome Neymar’s arrival and they’ve accepted the fact that the attacker would need to be the side’s highest-paid player.

Both Barcelona and Madrid won’t be keen on losing out on Neymar’s signature whatever the cost, it can’t be disputed that the tricky Brazilian is one of the best players in the world.

Either club would become instant favourites for the Champions League trophy if they were to get Neymar on board, the 27-year-old should consider his next move very carefully.

With Cristiano Ronaldo and Lionel Messi possibly (they still seem to be unstoppable) coming toward the ends of their careers, a new superstar will have the chance to assert their dominance by claiming prestigious awards like the Ballon d’Or and FIFA Mens Player of the Year award.

Neymar appears to have a difficult choice on his hands; return to the club where he was hugely successful in an attempt to take over Spain and Europe once again or become the face of a new-look Madrid side under Zinedine Zidane’s tutelage.