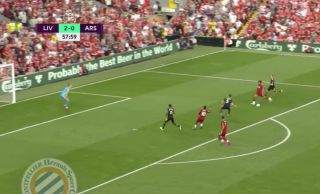 Mohamed Salah scored a superb individual goal for Liverpool this evening, as he handed the Reds a 3-0 lead against Arsenal at Anfield.

Having just scored from the penalty spot minutes later, Salah then scored his second of the game in the 59th minute following a brilliant run.

Mo Salah is on a different planet. pic.twitter.com/HN2qXWArOy

Having picked up the ball on the right wing, Salah left David Luiz for dead before speeding through on goal, with the forward then slotting home with his favoured left foot to put the game out of sight for Klopp’s side.

Is there anything this man can’t do?