Man Utd have reportedly received an enquiry from Fiorentina sporting director Daniele Prade over their interest in midfielder Fred.

The Red Devils are arguably not interested in allowing another midfielder to leave any time soon given that they saw Ander Herrera leave this summer and didn’t bring in a replacement.

Youngsters such as Scott McTominay and Andreas Pereira will now be expected to play bigger roles for Ole Gunnar Solskjaer, and so for a side already short of quality depth and set to try and compete on multiple fronts, they surely won’t green light another exit in that department.

Nevertheless, as reported by Calciomercato, via the paper edition of La Nazione, it’s been suggested that Prade has made contact with Man Utd over the availability of Fred, with the Brazilian international said to be valued at around €30m.

It’s added that the Serie A side are ready to make their move, but time will tell if they can make an offer too good for United to turn down, if they are even prepared to entertain bids.

Furthermore, BBC Sport note that the Premier League giants signed the 26-year-old for £47m last year, and so they must also seemingly be willing to accept a loss on the midfielder which is another big reason as to why they will perhaps snub a sale at this stage.

Fred made just 25 appearances last season in all competitions, while he has yet to feature for Solskjaer so far this year. That doesn’t paint a particularly positive picture for his future at Old Trafford, and so perhaps a move to Italy could appeal to him if United have doubts over his ability to be a key figure for them moving forward. 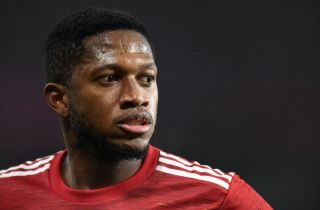