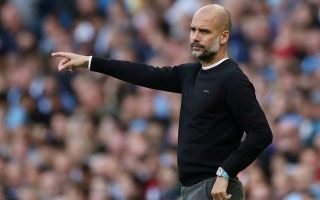 Babatunde currently captains Nigeria’s U17 team and should be featuring in this year’s World Cup. According to Goal, Manchester City along with the likes of Napoli, Ajax, RB Leipzig and Lille are interested in signing him once he turns 18 – due to FIFA regulations.

Babatunde came under the radar of  European clubs after impressing in last year’s Africa Youth Games where he helped his country clinch the silver medal.

If this report is to be true, then City and the other clubs will definitely keep an eye on the 16-year-old attacking midfielder during the U17 World Cup which starts in October. He could also attract the attention by putting in a good showing in the competition. Nigeria are the most successful in the history of the U17 World Cup and will certainly be among the favorites for this year’s tournament.

Manchester City already have a very solid team and Babatunde could add more depth to the squad. Of course if the club sign him any time soon, he will most likely be in the youth team but could also make it to the senior team by performing well.