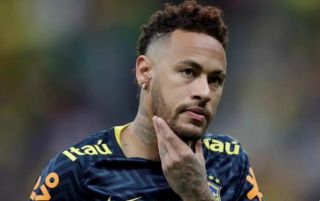 If this Summer has proved anything it’s absolutely that Neymar really regrets making the move to PSG from Barcelona a couple of years ago. Despite months of intense speculation it’s still pretty unclear where he will be playing his football this season.

PSG welcome Toulouse to Paris for their Ligue 1 game tonight but it’s been confirmed that the Brazilian star will not be in the squad. This tweet from Get French Football News has just come out:

Neymar left out of PSG’s squad to face Toulouse tonight – Thomas Tuchel had hoped to include him if the situation between him & the club was resolved yesterday.

It’s the clearest sign yet that Neymar is intent on forcing through a move before the window closes. In previous games he had been listed as “injured” whereas this time the manager has said outright that he’s not playing because of the ongoing situation.

READ MORE: Real Madrid make STAGGERING bid of €120m and one of their Summer signings for Neymar

It’s hard to figure out the exact state of play in terms of clubs chasing Neymar as there are so many stories that come out about him on a daily basis.

It’s generally accepted that Real Madrid or Barcelona are the most likely destinations for him.

ESPN reported that Barcelona were now open to including Ousmane Dembele in a bid for the Brazilian. The story states that PSG could be open to this so a deal could still be possible.

Could Dembele be waving goodbye to Barcelona?

Anyone who follows Real Madrid will not be shocked to learn they may make some knee-jerk reactions to drawing at home with Valladolid yesterday. The Evening Standard reported this morning that Spanish newspaper Marca ran with a headline which seemed to indicate Neymar would have prevented the draw.

They could yet launch a giant bid as a result if they can find the money to do so.

Either way there’s no actual sign of a deal being imminent and time is running out for Neymar to get his move. It’s absolutely the transfer story to keep an eye on over the next few days.

Barcelona star ruled out for up to three months of action after sustaining knee injury at Euro 2020 June 21, 2021 19:20
FC Barcelona