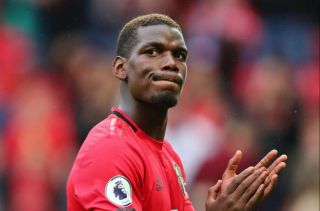 Paul Pogba has responded publicly after both he and Man Utd teammate Marcus Rashford have been subject to racist abuse over the past week.

As noted by The Mirror, Pogba first faced the abuse earlier in the week after the draw with Wolves, while Rashford received similar disgusting comments following the defeat to Crystal Palace on Saturday.

Such abuse has no place in society let alone on social media platforms, and there have been countless individuals in the football world who have called upon the likes of Twitter to do more to stamp it out.

Time will tell if the necessary steps are taken to do something about it, but for now, Pogba has sent out a powerful message of his own on his platforms hitting back at the racism that he has faced and showed real defiance by insisting that it will ‘make him stronger’.

With 7.1m followers on Twitter alone, it’s such a brilliantly classy way of addressing the situation, while it’s highly likely that he will be involved through other methods to help the cause too.

Firstly though, it’s hoped that the reaction to the disgraceful comments that have been seen on social media leads to certain individuals thinking twice about what they post, while Pogba is simultaneously likely to inspire and reassure others with his statement.

As seen in the image below, the Frenchman posted a picture of him holding his child in front of portraits of his late father Fassou Antoine and civil rights activist Martin Luther King.

My ancestors and my parents suffered for my generation to be free today, to work, to take the bus, to play football. Racist insults are ignorance and can only make me stronger and motivate me to fight for the next generation. pic.twitter.com/J9IqyWQj4K