Real Madrid dropped their first points of the season on Saturday, as Los Blancos succumbed to a 1-1 draw with minnows Real Valladolid at the Santiago Bernabeu.

The Spanish giants had started their La Liga campaign with an impressive 3-1 win over Celta Vigo last weekend, however unfortunately for Zidane’s side, they weren’t able to replicate this result against Valladolid.

Having taken the lead in the 82nd minute through Karim Benzema, the home side were pegged back in the 88th minute via a goal from Sergi Guardiola, as Zidane’s men dropped what could be a valuable two points.

And it seems like the Frenchman was far from pleased with the result, as it’s been reported that the Real boss went on a foul-mouthed rant after the match.

As per the Sun, Zidane spoke about the draw after the game, stating that “You can lose the ball, that can happen, but we were out of position to defend. We had done the most difficult part, scoring a goal, and then we need to get the ball the f*** out of there for the rest of the game.” 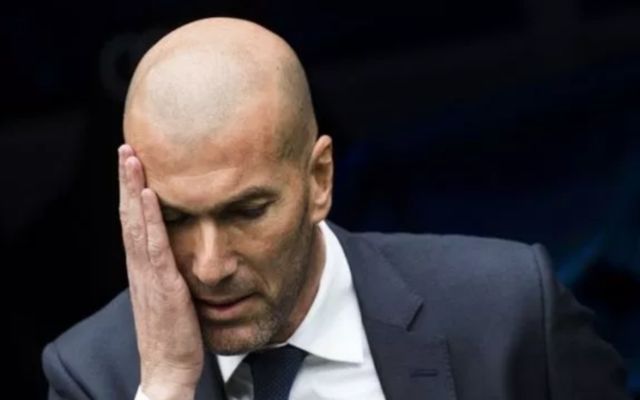 Zidane wasn’t too pleased with Real’s display in Saturday

Dropping points against teams like Valladolid was one of the main reasons why Real finished to far behind Barcelona in La Liga last year.

And despite spending an absolute fortune this summer on a variety of new players, it seems like Zidane’s side still haven’t been able to shake off their tendency to draw, or lose, against teams they should be beating.