Arsenal defender David Luiz has received messages on Instagram from his old Chelsea team-mates after messing up in the Gunners’ 3-1 defeat away to Liverpool at the weekend.

The experienced Brazil international joined Arsenal from Chelsea on deadline day in something of a surprise transfer, though it initially looked like a potentially smart deal done on the cheap by the north Londoners.

Still, Luiz has long had a reputation for being something of an error-prone defender, even if he has plenty of quality on the ball, making him a decent fit for Unai Emery’s style of building from the back.

Against Liverpool, however, we saw the worst of Luiz as he made two mistakes leading to two goals from Reds star Mohamed Salah.

The 32-year-old is clearly not hiding, having sent a message to Arsenal fans on Instagram vowing to bounce back and to never give up.

In the comments, Luiz’s old Chelsea team-mates Emerson Palmieri, Tammy Abraham and Reece James can be seen showing their love to the player, who was clearly popular at Stamford Bridge.

It’s a touch of class from them to still think of Luiz even though he recently left for a major rival. 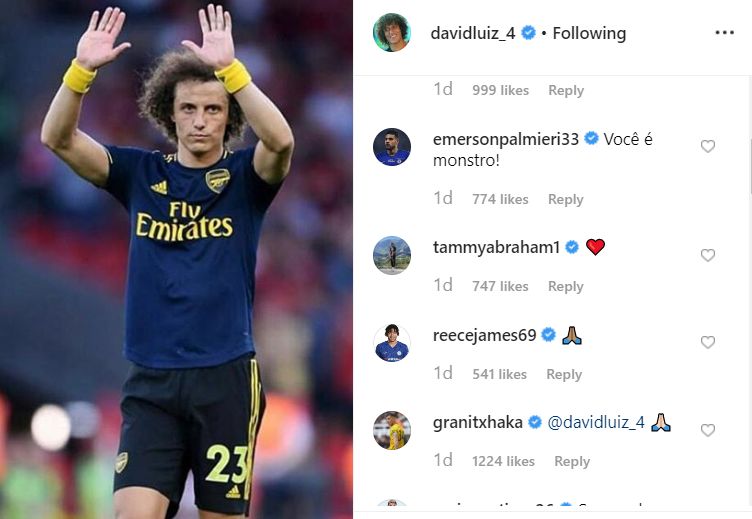