It’s amazing to think that although Real Madrid are one of the biggest and most successful clubs in the world, they could be even better if they had a long term plan in terms of managers and the playing squad.

Reports from Spain suggest that Zinedine Zidane’s position is already looking shaky and a former manager is waiting to pounce.

According to Sport, Mourinho has turned down other offers to return to management because he wants to return to Real Madrid. They suggest that Zidane could be sacked soon if poor results continue and that fans would be open to the idea of Mourinho coming back.

Zidane’s second spell has been an odd one with some poor results and it also looks like he is not happy with some of the players he has in the squad, even those who were signed this Summer.

There was a report from Marca via The Sun that big Summer signing Luka Jovic didn’t have the confidence in the manager. Additionally the BBC ran a story suggesting he wanted Gareth Bale to leave in July, only for him to then stay and play in the opening game of the season.

Jovic was linked with a move away already

It wouldn’t even be a surprise if there was a plan from Florentino Perez to bring Zidane back just so he could sack him. The owner has a history of bizarre decisions and always wants to have the upper hand so he may want to feel he could get one over on Zidane for leaving Real after his first spell.

A return from Mourinho would be fascinating, especially for Eden Hazard who joined this Summer. The Belgian star looked suppressed under Mourinho’s regime in London so it would be interesting to see how that turns out.

Even this early in the season a poor result away to Vilarreal next weekend could bring Zidane’s second spell to an end. 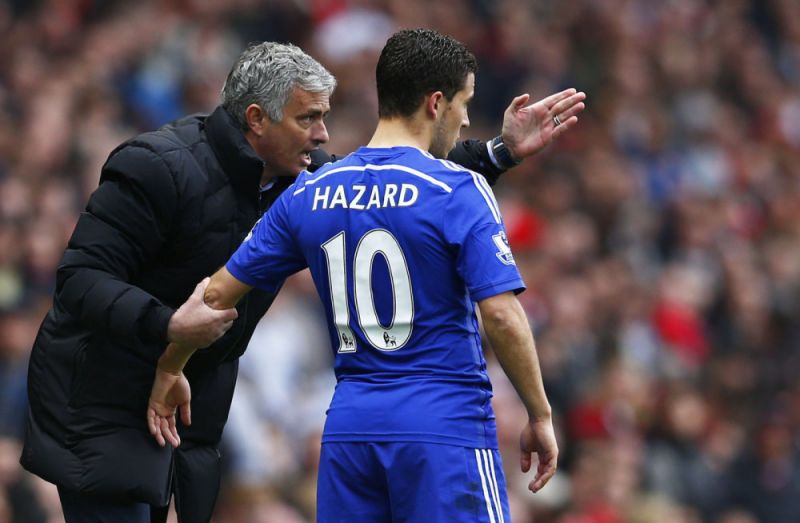 Mourinho and Hazard at Chelsea