It was expected that Rangers would make another forward signing this Summer following the departure of Kyle Laffery. Alfredo Morelos and Jermaine Defoe are both quality players but an injury could leave Steven Gerrard a bit short up front. According to reports they have made a bid for a new striker but it’s not what you might expect.

Gerrard tends to play with one up front so it would make sense for the new player to be a third choice striker who could make an impact from the bench.

According to L’Equipe via Getfootballnewsfrance, Rangers have made a bid of around €10m for Amiens striker Moussa Konate.

The reason it’s so surprising is it would make him Rangers second most expensive signing of all time. The Guardian reported that Tore Andre Flo for £12m back in 2000 but this would come close to that.

If they spend this much on a player then he would have to start almost every game, and that means that Defoe or Morelos would need to make way. Defoe is loan from Bournemouth so it’s unlikely Rangers would be able to move him on.

Konate can play as a right winger but he’s at his best playing through the middle. Gerrard also has an abundance of players who can play on the right with Sheyi Ojo, Jordan Jones, Jake Hastie, Greg Stewart and Brandon Barker all pushing for a first team spot. 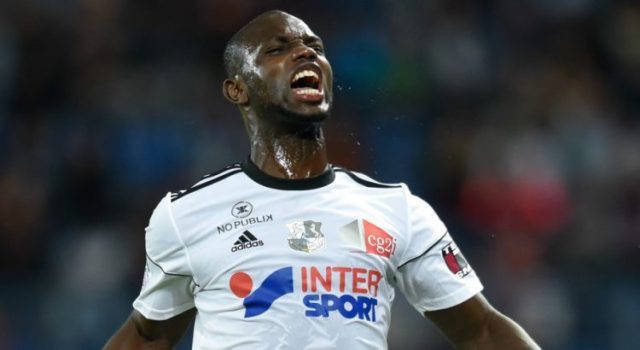 Konate in action for Amiens

It also begs the question if Konate would be an upgrade over Defoe and Morelos. The Amiens Striker has scored 20 goals in 60 Ligue 1 games, but only seven of those came last year. In comparison Morelos scored 30 goals in all competitions last year while Defoe has 14 since arriving last January.

The Konate bid should come as a concern for Rangers fans after The Sun reported that Steven Gerrard was worried that he could be powerless to stop the Colombian leaving if a big money move came in.

All of this points to Konate being a potential replacement for Morelos rather than a new signing to compliment him. It will be interesting to see if Morelos is still at Ibrox for the Old Firm game next Sunday.