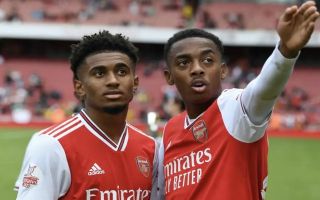 Arsenal’s Reiss Nelson is confident he can earn a prominent role in Unai Emery’s starting XI, despite strong competition for places at Emirates Stadium.

The 19-year-old starlet returned to north London this summer after a successful season-long loan at Hoffenheim, during which he managed to contribute seven goals in 23 Bundesliga appearances.

The English attacker started Arsenal’s 1-0 win at Newcastle on August 11 and retained his place in Emery’s line-up the following weekend against Burnley.

However, Nelson was hauled off at half-time for club-record signing Nicolas Pepe, who has now moved ahead of the teenager in the pecking order at the Emirates.

Pepe played the full ninety minutes of Arsenal’s 3-1 defeat at Liverpool on Saturday, impressing with his dribbling ability and raw pace, with a lack of a clinical edge in the final third the only downside to his lively performance.

Despite being up against the Ivorian for a regular spot in the Gunners team, Nelson has boldly claimed that “this could be his time” to shine in the famous red shirt.

He told Arsenal’s official website: “All the competition that’s here, all the new wingers Arsenal have signed… I think this could be my time. 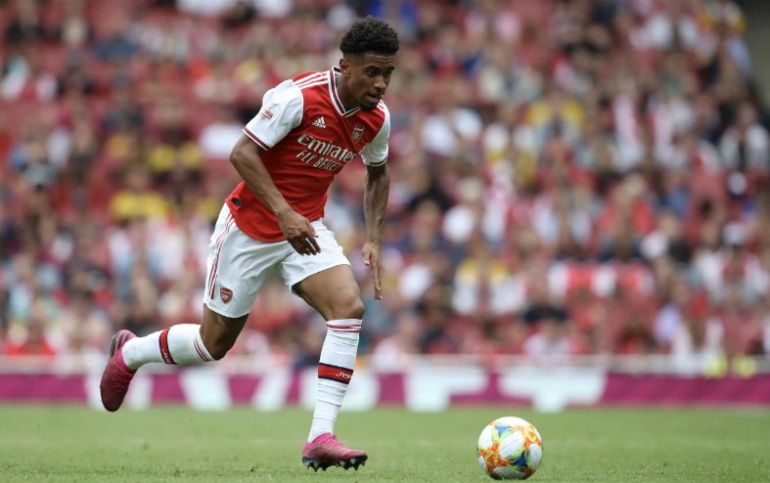 Nelson in action for Arsenal

“I need to just keep training hard and getting all the information from the coaches and the players. If I do that, I’m going to have a big, big shout this season.

“It’s about taking those steps, doing the easy thing and getting the basics right first. Once I do that, I think I will get chances. Then it’s up to me to perform and do well for the team.”

Emery also has the likes of Pierre-Emerick Aubameyang, Alexandre Lacazette and Joe Willock to call upon in the attack, but Nelson’s strong start to the 2019-20 season will hold him in good stead over the coming weeks.

The England U21 international has clearly benefitted from his spell in Germany and looks a more mature, well-rounded prospect than he was at this time last year.

Arsenal have plenty of firepower going forward and Nelson could help fire the team back into the Champions League come next May, but he will have to continue to prove himself, with a huge clash against Tottenham up next.