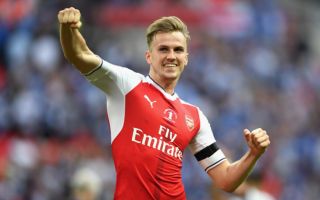 Arsenal defender Rob Holding has clearly not forgotten his old club Bolton Wanderers as he tweeted in response to their good news today.

The League One club’s very existence was in doubt due to financial difficulties, but they today announced on their official site that they had agreed a takeover deal.

Holding started his career at Bolton before moving to Arsenal back in 2016, and he seems pretty pleased to hear the Trotters will be surviving.

In fairness, almost everyone in football will be thrilled with this news as it’s never nice to see situations like the one at Bury, who were in a similar situation but who could not be saved.

It’s sad to see how far Bolton have fallen from their years in the Premier League, particularly as they even played European football under Sam Allardyce.

Many fans are now sending messages to Bolton boy Holding praising his classy tweet that shows his love for his old club is still strong.