Barcelona’s hopes of re-signing wantaway PSG superstar Neymar have been shattered after this statement from Ousmane Dembele’s agent.

According to an exclusive interview with Telefoot, Ousmane Dembele’s agent – Moussa Sissoko, has revealed that there is ‘no chance’ that the Frenchman will leave Barcelona this summer.

The tricky winger was touted as the key makeweight in a deal that would see wantaway Paris Saint-Germain superstar Neymar return to Barcelona.

According to Spanish outlet Sport, Barcelona were prepared to offer PSG the permanent transfer of Ivan Rakitic, the loan signing of Ousmane Dembele and  €125m to secure Neymar’s services.

This seems like a fantastic offer but with the Frenchman not keen on leaving, Barcelona are now stuck.

One of El Chiringuito’s journalists has also revealed that Rakitic has rejected the idea of a move to Paris. 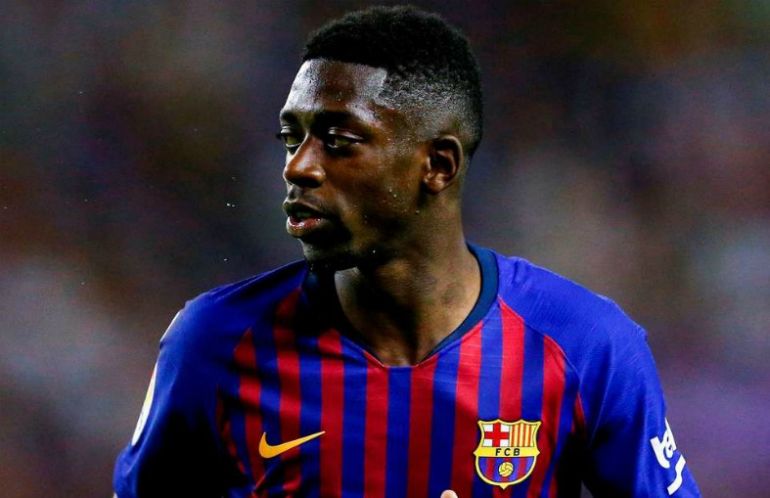 With Dembele not keen on an exit from Barcelona, could the club’s chance of re-signing Neymar be over?

Here’s what Sissoko had to say on Dembele’s future:

“Ousmane stays 100%. There is no chance he will leave. He wants and will win at Barça.”

With a player-plus-cash deal looking impossible to make, it’s practically impossible for Barcelona to meet Neymar’s €220m to €250m valuation, as per Goal.

With the marquee signings of Antoine Griezmann and Frenkie de Jong this summer, a move for Neymar would be extremely difficult to finance and even if the money was available the move would almost certainly conflict with Financial Fair Play rules.

Neymar has public enemy number one in Paris after he openly revealed his desire to return to Barcelona, if a breakthrough isn’t made in the next week the 27-year-old will have to stay in Paris.

This could be a massive boost for Barcelona’s rivals Real Madrid though. AS reported that Los Blancos are waiting to pounce on the Brazilian’s signature should the Catalan giants fail with their offers.