Former Chelsea winger Pat Nevin has tipped Tammy Abraham for a bright future at Stamford Bridge having been impressed by his rise to prominence.

The young centre-forward scored his first two senior goals for the Blues in a 3-2 win at Norwich on Saturday, fully justifying the faith Frank Lampard has shown in him at the start of the season.

The England U21 international spent the 2018-19 campaign on loan at Aston Villa and helped the team gain promotion to the Premier League by hitting 26 goals in 40 Championship appearances.

Some fans and experts have questioned Abraham’s ability to lead the line for Chelsea since his return to the Bridge, but Nevin has backed the 21-year-old to become a key player for Lampard.

The ex-Chelsea star told the club’s official website: “Tammy Abraham was the one more than any other coming from the Academy who I felt would have the very best chance of really making the grade with the club.

“From the age of 14 or 15, he has shown the right attitude, the eye for a goal and the willingness to take the knocks and get back up and get on with it.

“He also has that other thing, raw talent which can be worked on and moulded, especially with such an impressive physical structure to work with. 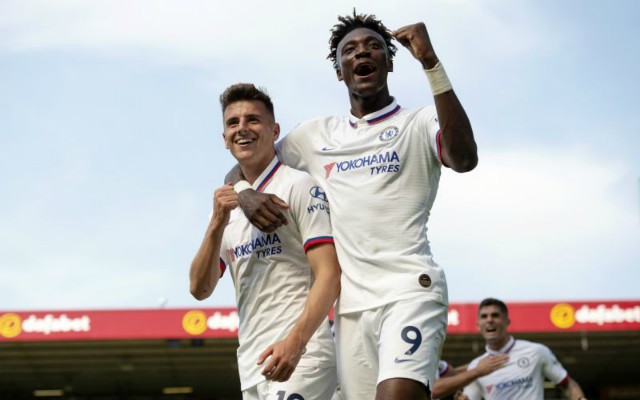 “He will just keep on getting bigger and stronger over the next few seasons and that is scary!”

Abraham will be in line to retain his place in Lampard’s starting XI for the Blues’ next outing against Sheffield United at the Bridge on Saturday.

Chelsea are 13th in the Premier League after the first three weeks of the new season, with a loss against Manchester United, a draw at home to Leicester and the win at Norwich on their record so far.

Lampard was unable to bring in any new players this summer due to a transfer ban – which is why Abraham has been asked to step up – and if he can continue to find the back of the net on a regular basis, the Blues could yet challenge for a place in the top four.