Liverpool could be tempted to reignite their interest in RB Leipzig’s Timo Werner next year, after his latest hint that he could leave the club.

According to the Daily Mirror, the Reds identified Werner as a transfer target earlier this year, but decided against launching a formal offer for his services while the summer transfer window was open.

The German striker has long been on Bayern Munich’s radar too, but he looks set to remain at the Red Bull Arena for at least one more year.

The 23-year-old seems destined to join one of Europe’s top clubs in the near future and he has left the door open for the likes of Liverpool and Bayern to swoop for his signature next year.

Despite signing a new four-year deal with Leipzig recently, Werner claims he is still open-minded about accepting a new challenge at some point, as he told Sport Buzzer: “I don’t exclude anything [regarding a move abroad in the future].”

However, he also made it clear he would be staying put for now, adding: “I am and remain a player of RB Leipzig.”

Werner went on to express his admiration for Bayern forward Robert Lewandowski, who scored a hat-trick in a 3-0 away win against Schalke for Niko Kovac’s side on Saturday.

“I want and have to improve,” said the Leipzig star. 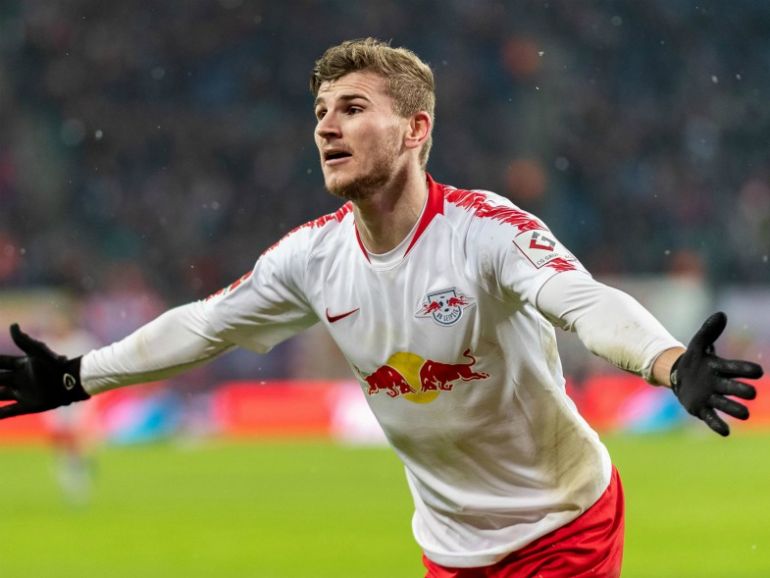 “At the age of 22, 23 he [Lewandowski] was not as far as he is now. Robert is a fantastic player. And he always stayed hungry.

“If he scores three goals after 85 minutes he doesn’t then stop to receive the adulation. He goes on and wants to score a fourth.

“This type of attitude is one-of-a-kind and it’s what I want to be like.”

Transfermarkt states that Werner is currently valued at around £59 million, which is a decent price for one of Europe’s brightest young talents.

Werner could not only fill the void left by the English striker, but he could also compete for a regular place in Liverpool’s starting XI if he continues to develop at such a dramatic rate.

Goal reports that Borussia Dortmund, Sevilla and Atletico Madrid are also interested in the Germany international, which means a bidding war could be on the cards in 2019.