Zlatan Ibrahimovic is currently ripping it up in the MLS with LA Galaxy, with the Swede showing the world he can still cut it at the ripe old age of 37.

Ibra has bagged a hugely impressive 22 goals and three assists in 22 MLS appearances this term, a return of over one goal a game.

Zlatan is currently leading Galaxy’s charge in the Western Conference, and should he keep up this brilliant form, we wouldn’t put it past the experienced forward leading his side to the Conference semi-finals later this year.

However despite seemingly enjoying life in the USA, it seems like Ibrahimovic would be more than open to returning to Man United before the end of his career.

As per the Sun, Ibrahimovic is still confident of his ability to play in England, with the player himself stating “I could still play easily in the Premier League. If United needs me, I’m here!”.

Zlatan then went on to add “But Galaxy has me so I’m sorry. I did my job in Europe. I enjoyed it, I have 33 trophies that I brought with me here and hopefully I can get something here. And then we will see where that adventure finishes.”

Given these words, it seems like Zlatan is open to returning to Old Trafford in the future, something the club could probably do with if their current situation gets any worse! 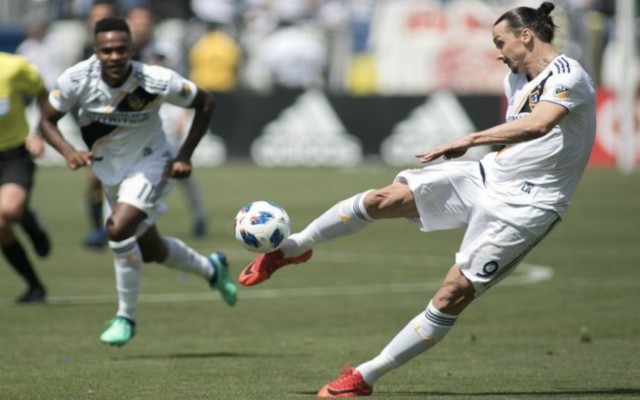 United currently only really have Rashford, Martial and Greenwood as options at striker, three players who don’t really possess the same skill set as Zlatan despite the fact he’s now 37.

Solskjaer’s side could certainly do with a plan B option up front for when they get stuck in certain games, and it seems like Zlatan is willing to become that option in the near future…