Liverpool Echo journalist Paul Gorst has revealed that he’d be ‘shocked’ if the Reds were to allow this promising youngster to leave on loan before the transfer window closes.

According to Live4Liverpool via a Liverpool Echo Q&A at 12.20 yesterday, journalist Paul Gorst has revealed that he’d be left ‘shocked’ if the Reds were to allow promising youngster Curtis Jones to leave on loan this summer.

Jones made his first-team debut for the Anfield outfit in last season’s FA Cup clash against Wolves.

The versatile midfielder looks like a promising player for the Reds and Jones was recently named the captain of the club’s Under-23s side.

23s boss Neil Critchely revealed that the ace’s ‘football brain’ was one of the reasons that he was handed the captaincy, as per Liverpool’s official website. 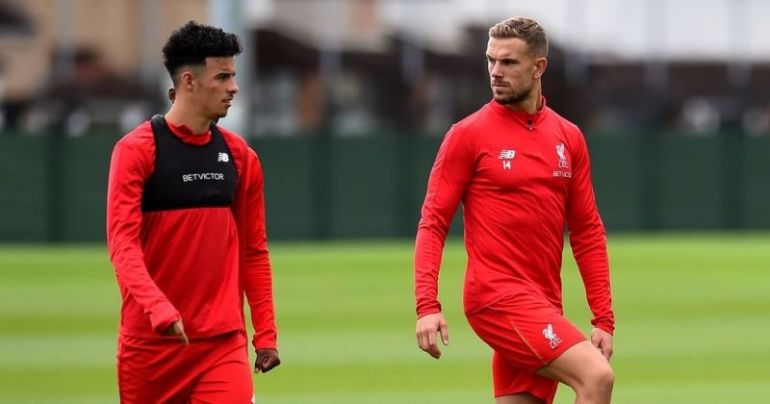 Here’s what Gorst had to say on Jones’ short-term future:

“Curtis Jones was recently given the captain’s armband for the U23s after signing a new contract with the Reds.

“I’d be shocked if they allowed him to leave on loan before the close of the European transfer window.”

As much as Jones could benefit massively from a loan at this stage in his career, the club will be better off with a local lad leading their Under-23s team.

Jones has been with his boyhood club since Under-9s level, he’ll be hoping that he can earn a chance to shine from Jurgen Klopp if he leads the youth side to success this season.

Jones is certainly a talent to keep an eye on in the future, the ace has picked up 20 caps for England’s youth sides across Under-16s, 17s and 18s level.

The 18-year-old could find a opportunity easier to come by than some of Liverpool’s other young stars given his impressive versatility. Jones has played all across midfield and attacking midfield during his time in the academy.