Real Madrid goalkeeper Keylor Navas is on the verge of joining Paris Saint Germain, having already said his final goodbyes at Santiago Bernabeu.

Thibaut Courtois replaced Navas as Madrid’s number one shot-stopper when he joined the club from Chelsea for a £35 million fee last summer – as per BBC Sport.

The 32-year-old’s time in the Spanish capital now looks set to draw to a close, with it his desire to secure regular playing time elsewhere and rediscover his best form.

PSG sold Kevin Trapp to Eintracht Frankfurt earlier this summer and are eager to bring in another ‘keeper before the European transfer deadline on September 2, with Navas top of their list of targets. 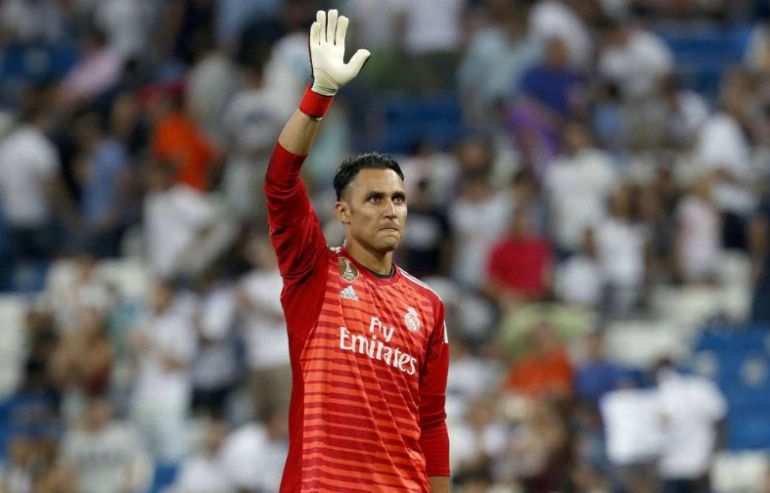 According to La Nacion, the Real Madrid star has agreed on a move to Parc des Princes and now looks set to complete a permanent transfer over the next few days.

Navas is one of the world’s finest goalkeepers and he deserves to be playing week in week out at the highest level, which is why a switch to PSG is a smart move for him at this stage of his career.

Zidane has started Courtois in both of Madrid’s games at the start of the new La Liga season, having seemingly made up his mind to stick with the Belgian for the duration of the campaign.

Navas would likely have to be content with the odd appearance in cup competitions if he stayed at the Bernabeu, but at PSG he would surely take Alphonse Areola’s spot in between the sticks.

The Costa Rica international will be a great addition to Thomas Tuchel’s ranks and his arrival could help the French champions launch a genuine bid for the European Cup this term.