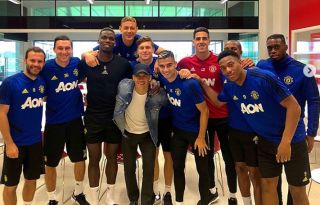 Manchester United forward Alexis Sanchez has all but confirmed he’s set to leave the club for a transfer to Inter Milan.

See the Instagram post below from the Chile international, who has sent what looks to be a clear goodbye message to his Man Utd team-mates.

Sanchez has posed with a number of United players and wished them luck for the rest of the season, suggesting he’s not going to be around with them.

This comes amid strong rumours that the 30-year-old is heading to Inter on loan for the 2019/20 season, where he’ll join another former MUFC player in Romelu Lukaku.