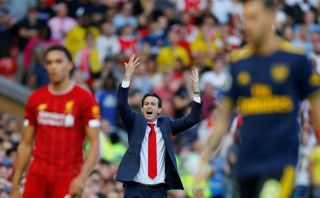 Arsenal take on Tottenham in the North London Derby this weekend and could do with getting back to winning ways after defeat at Liverpool last weekend.

The Gunners lost 3-1 at Anfield after an experiment with a diamond formation went a bit wrong, so Unai Emery should probably start by moving away from that system when Spurs visit the Emirates Stadium on Sunday.

MORE: Arsenal youngster names the Gunners legend who’s being a ‘mentor’ for him this season

Arsenal’s midfield also looks like it’s crying out for Lucas Torreira, who is yet to start a game for the club this season for no obvious reason.

The Uruguay international was superb for Arsenal last season and came off the bench to score a consolation goal at Anfield last Saturday.

Surely an upgrade on Granit Xhaka, we’ve gone for Torreira in a midfield three alongside Matteo Guendouzi and Dani Ceballos for this game.

We’ve also changed things in defence slightly, with Sead Kolasinac in at left-back ahead of Nacho Monreal, who may well no longer be an Arsenal player by the time this match starts.

The Evening Standard are among the sources linking the veteran Spaniard with Real Sociedad, and this exit makes sense given the summer signing of Kieran Tierney, who remains injured for the time being, though Kolasinac is another capable option in that position.

Apart from that, we also think Alexandre Lacazette deserves a start as this Tottenham defence could be there for the taking if AFC unleash all three of their top class forwards… 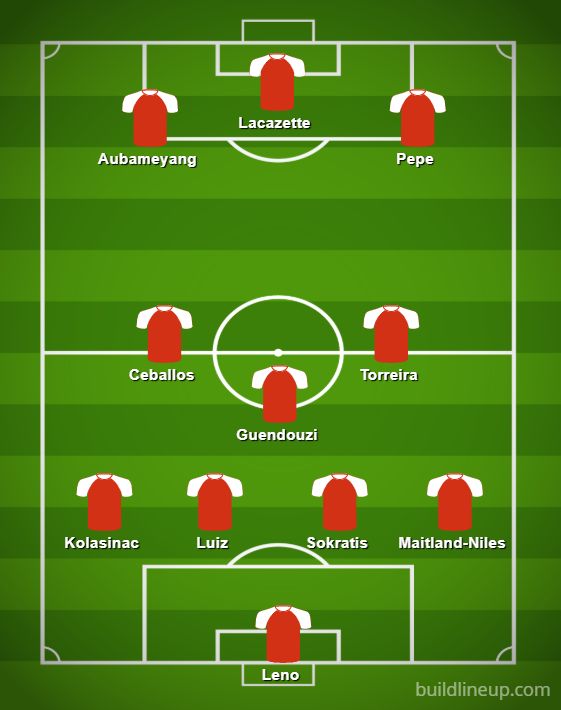