Man United are going to have to take on Southampton without Luke Shaw and Anthony Martial after the club confirmed that the pair have been ruled out of the clash due to injury.

United are to travel to the south cast this weekend in order to take on the Saints at St Mary’s, as Ole Gunnar Solskjaer looks to get his side back to winning ways following their shock loss to Crystal Palace last weekend.

And it seems like the Norwegian is going to have to do so without both Shaw and Martial, after injuries ruled the duo out of Saturday’s clash.

According to the club’s official website, both Shaw and Martial picked up injuries against Palace last Saturday, injuries that mean they will not be playing a part against Southampton in two days time.

Both Shaw and Martial have played in all of United’s Premier League games so far this season, thus this news will definitely come as a big blow for the Red Devils. 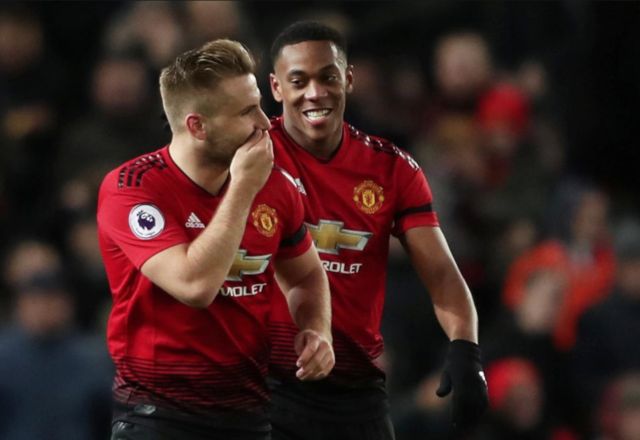 It remains to be seen who Solskjaer will now choose to replace Shaw and Martial following this news.

Matteo Darmian or Brandon Williams could be use to play at left-back on Saturday, whilst we could see Mason Greenwood handed his first start in the league this year, as Solskjaer looks to find someone to replace Martial.

Will Solskjaer continue to trust the youth for Saturday’s game against Southampton? Looks like we’ll just have to wait and see…