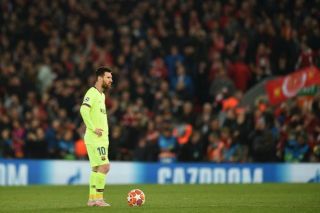 Borussia Dortmund’s official Twitter page has joked that the team will need to practice its corners as they prepare to take on Barcelona in the Champions League.

The Bundesliga giants have been drawn against Barcelona in the Champions League group stage, with the draw taking place in Monaco this evening.

See below as Dortmund respond to the draw with a reference that Liverpool fans will love as it was Trent Alexander-Arnold’s quick corner in last season’s semi-final that decided the game.

The Liverpool right-back notably caught Barca napping with a smart set-piece, as his low ball found Divock Origi in the box, with the Belgium international scoring to make it 4-0 to the Reds on the night, and 4-3 on aggregate in a sensational comeback.

Liverpool went on to win the competition as they beat Tottenham in the final, and there’s no doubt Dortmund could have something to learn from that performance.

Lucien Favre’s side play a similarly fast and aggressive style of football, so will no doubt prove a tough test for the Catalan giants.