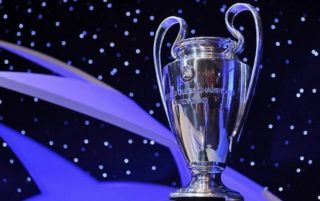 The Champions League group stage draw for the 2019/20 season has taken place in Monaco, with Premier League clubs Liverpool, Chelsea, Manchester City and Tottenham learning who they’ll face at the start of the competition.

Liverpool beat Spurs to lift the trophy last season, and they’ve been given challenging starts for the new campaign as the Reds are matched with Napoli, who they lost to in the group stage last year.

Tottenham, meanwhile, are alongside Bayern Munich in Group B, while Olympiakos and Red Star Belgrade will be no pushovers either.

Of the English clubs involved, Chelsea have what looks the hardest draw on paper as they are placed alongside Ajax, Lille and Valencia in Group H.

Manchester City, by contrast, have an easy-looking group as they’re in Group C with Shakhtar Donetsk, Dinamo Zagreb and Atalanta.

Other exciting groups that stand out are Group A, which will see Real Madrid and Paris Saint-Germain face each other, while Group F contains all three of Barcelona, Borussia Dortmund and Inter Milan.