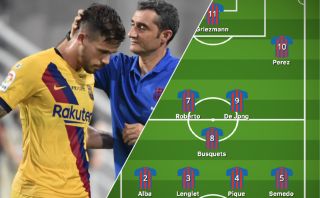 Barcelona take on Osasuna in La Liga this Saturday, as Ernesto Valverde’s side look to build on the 5-2 win they managed against Real Betis last weekend.

Barca put five past Betis on Sunday, as they bagged their first La Liga win of the 2019/20 campaign, one that has been tainted with injuries thus far.

Messi, Suarez and Dembele has all picked up injuries in recent weeks, something that saw them all sit out the club’s convincing win over Betis last week.

Because of this, Valverde was forced to trust the club’s younger players, with stars like Carles Perez and Ansu Fati getting the chance to shine.

Both Perez and Fati were very impressive against Betis, with Perez even getting his name on the scoresheet, as he bagged the Blaugrana’s third goal of the evening.

Fati, despite being just 16, was brought on for his Barcelona debut in the second half, and boy did the Spaniard make a good first impression.

The teenager proved to be a constant threat down Barca’s right, constantly taking on Betis’ defenders during his time on the field, with the player even coming close to scoring once or twice as well.

Given that Barca could very well be left short-handed in attack for their game vs Osasuna, Valverde should absolutely stick with trusting the club’s younger players for his side’s trip to the El Sadar Stadium in two days time.

Barca’s defence and midfield were very impressive against Osasuna, thus the club should probably stick with the players that were chosen to take on Betis on Sunday.

Osasuna have made an average start to life back in La Liga this season following their promotion from Liga 123 last term.

However, they shouldn’t have enough to stop the Blaugrana, especially if Valverde choses the line-up we’ve suggested he should, which can be seen down below… 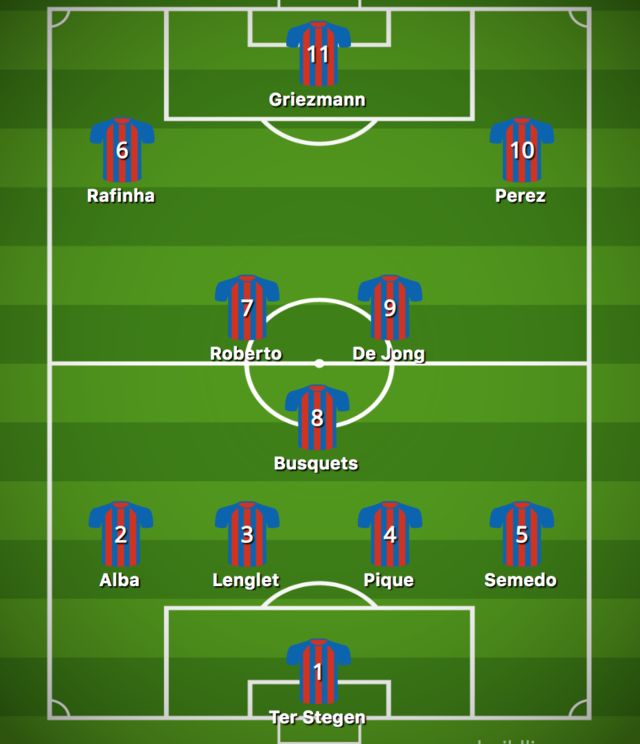 Although we haven’t selected him to start, Valverde should still give Fati another chance to shine on Saturday, as the 16-year-old looks to work his way into Barca’s side during the absence of stars like Messi, Dembele and Suarez.