One of Newcastle United’s most gifted players was close to a move to West Ham this summer, the £70,000-a-week star’s proposed move was blocked by the Magpies.

According to the Guardian, Newcastle star Jonjo Shelvey was on the verge of leaving the Magpies to join West Ham this summer before the Tyneside club decided to block the potential move.

As per Mirror Football, the six-time England international is one of Newcastle’s highest-earners – taking home a weekly wage of £70,000.

The 27-year-old has phenomenal technical ability but he perhaps lacks physically compared to his counterparts, the midfielder also has a troubling disciplinary record.

Shelvey is one of the best passers of the ball in teams outside of the top six and after being so highly-rated as a youngster it would interesting to see just how far the ace can go if he’s given the chance to play in a team and under a manager that suits his style of play. 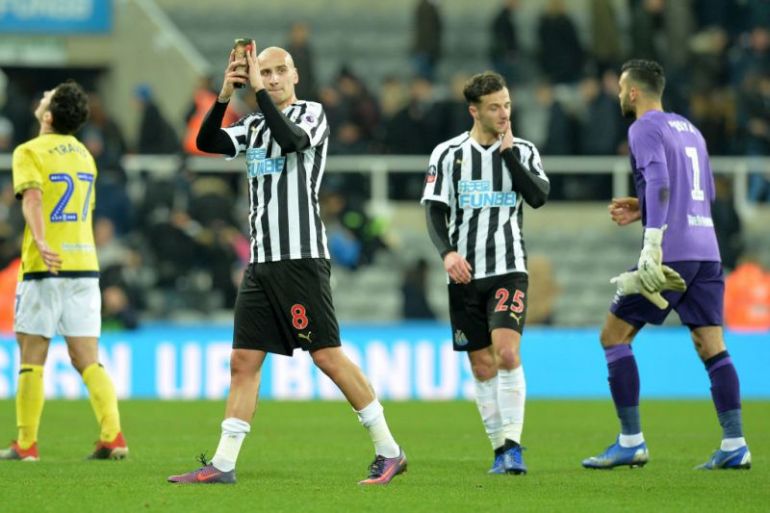 Shelvey in action for Newcastle.

Here’s what Shelvey had to say on the move:

“I was close to leaving but the club said ‘no’,”

“I’m happy here, I love living in this city, I’ve never once stated I wanted to leave.”

Shelvey was dropped for Newcastle last weekend and the Magpies pulled off a shock 1-0 victory over Tottenham.

Newcastle boss Steve Bruce has opted for a 3-4-3 system with the Tyneside outfit and Shelvey doesn’t look at his best in this system, giving that he’s not the best physically – the midfielder is better suited to a trio in the middle of the park.

Whilst Shelvey isn’t the first name on Bruce’s teamsheet for now, Newcastle may have to call on the midfielder’s killer passing ability on several occasions this season.

Shelvey has 189 Premier League appearances to his name to date.