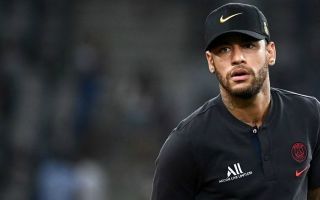 PSG and Barcelona have reportedly agreed on the valuation for Neymar as the club look to snag a deal that would see him make a return to Camp Nou, with three of their players going to Paris in the opposite direction.

According to BBC‘s Guillem Balague, the two clubs had a meeting in Paris on Tuesday and have agreed on a valuation for the Brazilian, with Barca offering €200 million in cash along with Ivan Rakitic, Jean-Clair Todibo and Ousmane Dembele on loan for a season.

However, a lot will depend on whether the three players agree on leaving Barcelona. The report states that they haven’t been informed yet about being part of the deal. Balague said: “It is not done. There is still a big bridge to be crossed because none of the three players have said they want to go. Dembele’s agent recently said he is ‘200%’ staying at Barcelona.”

Ever since joining PSG, Neymar has scored 51 goals and has provided 29 assists in 58 appearances across all competitions.

This season, the Brazilian forward is yet to feature in a match for the Ligue 1 champions with Thomas Tuchel saying that he isn’t in the squad that will take on Metz tonight. As quoted by Marca, the PSG manager said: “[Neymar] is not in the group and nothing has changed since the start of the season.”

Provided Barca sign their former star, it will be a major boost for them as the Blaugrana will be keen on lifting the Champions League in Istanbul next summer. Rakitic, Todibo and Dembele are yet to agree to a move away from Camp Nou but this move can be helpful to them in terms of playing time.

Rakitic was on the bench in Barca’s first two league matches, appearing against Athletic Bilbao. The Croatian international might not receive much playing time since the Blaugrana already have a lot of quality in midfield. PSG also have some really fine midfielders but Rakitic might find more playing time in Paris than he will in Barcelona.

Dembele will definitely feature regularly for PSG this season provided he moves there. Compared to Barcelona, Todibo can certainly find more game time in Paris if he joins the Ligue 1 champions.