Celtic fans have been crying out for some new signings this Summer as Rangers continue to improve and look like serious title contenders. According to reports they have agreed a loan deal but it might not fill the fans with too much enthusiasm.

STV reported this evening that Neil Lennon’s side have agreed a loan deal to bring Mohamed Elyounoussi on loan from Southampton.

They report the Norwegian international joined the Premier League club for a fee of £16m last Summer. Since then he played in 18 games without scoring any goals.

Unless Celtic sell anyone before the window closes then you would imagine he will mainly feature on the left hand side cutting onto his right foot. It’s a position where Celtic have plenty of players and it could spell the end of Scott Sinclair’s time in Glasgow. 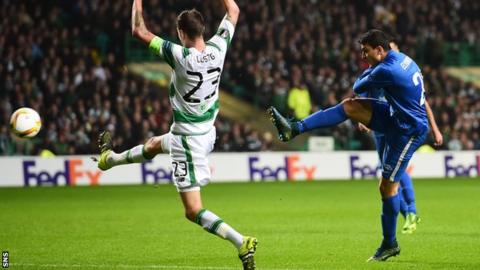 Mohamed Elyounoussi in action against Celtic for Molde

Given his recent lack of production and there being no sign of an option to buy its unlikely Celtic fans will be completely overjoyed with this signing.

They are already strong going forward and if he plays well then it realistically just puts him in the shop window for Southampton to sell him on next year.

Lennon’s side crashed out of the Champions League to Cluj after playing Callum McGregor as en emergency left-back and they are still desperately short of cover in defence.

There’s no clear suggestion if he will be able to play in Sunday’s Old Firm Derby yet.