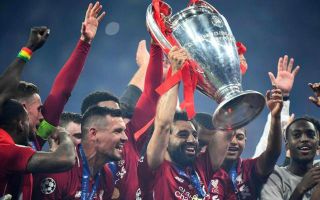 Liverpool have reportedly rejected AS Roma’s proposal to sign 30-year-old defender Dejan Lovren who has fallen down the pecking order at Anfield.

The Croatian centre-back has made 170 appearances for the Reds since arriving in 2014, scoring 7 goals and providing 4 assists. Last season, injuries prevented the 30-year-old from being a regular under Jurgen Klopp. Lovren made 18 appearances across all competitions, scoring a goal and providing an assist.

This season, the Croatian international was an unused substitute in the Community Shield but didn’t even make the squad for the matches that have followed.

Roma are eager to add a defender to their squad following the departure of Kostas Manolas to Napoli. The Giallorossi were interested in Lovren after failing to sign Juventus’ Daniele Rugani according to Calciomercato.

However, a report from Gazzetta Dello Sport (via Goal) states that the Reds have rejected Roma’s approach to sign the Croatian international on loan with the option to buy. Lovren is valued at €25 million by Liverpool according to Calciomercato and could’ve been a fine addition to the Giallorossi.

Roma began their Serie A campaign with a 3-3 draw against Genoa in what was a thrilling encounter at the Stadio Olimpico.

Given that Liverpool already have Joel Matip and Joe Gomez to partner Virgil van Dijk in the heart of defence, it’s highly unlikely that Lovren will receive much game time this season. A move away from Anfield could help him find regular first-team football.

Roma could be a fine option for the Croatian international as he will definitely find a great deal of playing time under Paulo Fonseca. Lovren is in Croatia’s squad for the upcoming Euro qualifiers but lack of first-team football might hamper his chances of making the team for next summer’s competition.