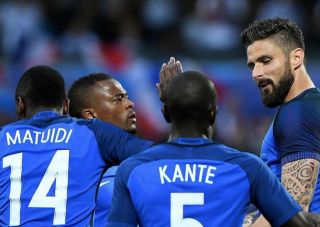 Chelsea fans took to Twitter to laud former player and current France boss Didier Deschamps for his decision to leave N’Golo Kante out of his latest international squad.

As per the Metro, Blues boss Lampard was keen to see Kante left out of Les Bleus’ latest squad for their upcoming Euro 2020 qualifiers, and the Blues boss certainly got his wish after France’s squad was announced yesterday.

According to France’s official website, stars like Pogba and Giroud were selected by Deschamps for their upcoming matches, whilst Kante has been left out, something that seems like it could be down to the Frenchman respecting the needs of new Blues boss Lampard.

Kante has only partly featured in the Blues’ three Premier League games so far this term, with the player seemingly struggling to keep his fitness levels up if Lampard’s words in the Metro’s report are anything to go off.

However now, it seems like Kante has been allowed time away from the French squad in order to work on getting himself back to full fitness, a decision that has seen loads of Chelsea fans take to Twitter to praise Deschamps for this.

Once a blue always a blue. ?

After all he played for us once upon a time. Once a blue always a blue.

Didier is a true blue. And you know it, once a blue, always a blue.

Didier Deschamps is a man of great understanding. Respect to him

We really need the General to be fully fit. Thank you to the France coach and staff for their understanding.

Best way to give back to the club he played for.