Everton ace Jonjoe Kenny scored a spectacular goal for loan club Schalke this afternoon against Hertha Berlin, the goalkeeper had no chance of stopping this.

In the 85th minute of Schalke’s clash with Hertha Berlin, Jonjoe Kenny rounded off a superb performance for the side by making it 3-0 to former Huddersfield boss David Wagner’s team.

Kenny drilled the ball into the bottom corner after running onto a pass that was just inside the box. The right-back’s effort whizzed past Berlin’s defenders and hit the back of the net.

Check out Kenny’s superb strike below:

Jonjoe Kenny! What a hit! ?

Jonjoe Kenny banging them in for Schalke ?????? pic.twitter.com/vnbp1Zb2rQ

The 22-year-old will be hoping to follow in the footsteps of several other English talents by proving himself as a real force in the Bundesliga.

The England Under-21s international will be looking to the impact that the likes of Jadon Sancho and Reiss Nelson have made during their time in Germany.

Kenny will be hoping to establish himself as a crucial first-team player for Schalke this season, the scouser can then return to Merseyside as a serious option at right-back for Marco Silva’s side. 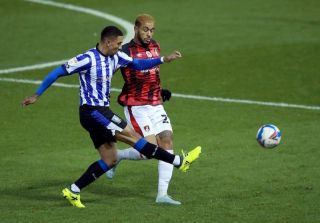