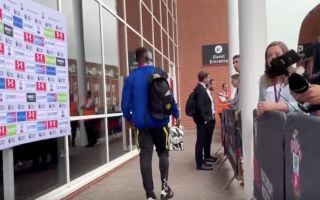 Paul Pogba was seen limping out of St Mary’s stadium this afternoon after his Man United side drew 1-1 with Southampton.

Ole Gunnar Solskjaer’s side dropped even more points today, as they threw away a one goal lead to draw with Southampton down on the south coast.

Paul Pogba limping out of St Mary’s after twisting his ankle in #MUFC’s draw with #SaintsFC pic.twitter.com/HxIv7GQza5

And if this wasn’t bad enough, Pogba also seemed to pick up a knock from the match, after he was seen limping out of the stadium, with journalist Simon Peach stating that his is due to him twisting his ankle during the game.