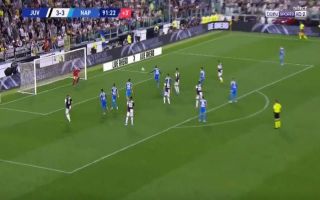 Imagine your team battling back from three goals down away to the champions only for a horrific own goal to gift the opposition all three points in injury time.

Kalidou Koulibaly was poor for a couple of the earlier goals and he probably would be pleased if you offered him the chance to score the last minute winner.

READ MORE: Video: No chance of VAR taking this one from Cristiano Ronaldo as he opens his account for the season

Unfortunately for him he manages to find the top corner with a sliced clearance despite being unchallenged as a free kick came in:

It’s some finish, but that won’t be a great deal of consolation to him or his teammates.