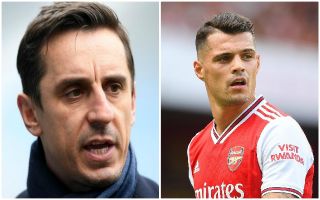 The aggressive midfielder gave away a penalty against Tottenham just before the first-half ended, England captain Harry Kane stepped up and smashed the ball into the back of the net.

Xhaka was subsequently slammed by these Arsenal fans at halftime, some of the club’s faithful called for the star to be sold in January.

Neville also revealed that Xhaka “doesn’t seem to learn”, according to Mirror Football. 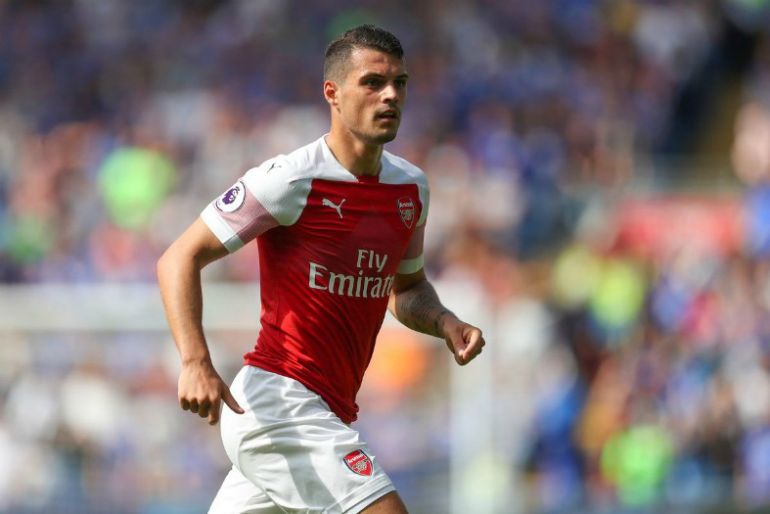 It seemed as though Unai Emery was starting to get the best out of Xhaka last season.

Here’s one of the things that Neville had to say about Xhaka:

Gary Neville on Granit Xhaka: ??“I don’t think I’ve watched Granit Xhaka play where he doesn’t make 50 fouls per half.

Here’s what else Neville had to say on Xhaka, quotes obtained from Mirror Sport:

He said: “[It’s] absolute madness from Xhaka. He does it week in, week out. Season after season. He doesn’t seem to learn.”

“[You’ve got to] stay on your feet, especially in the box, he’s 26 years old. It’s something you learn in your first week as a footballer.”

Xhaka has looked like a liability for the Gunners since his big-money switch prior to the 2016 Euros, with another crucial error in a high-stakes game, it might be time for the north London club to drop the midfielder.