It was one of the stranger transfer rumours this summer as it looked like Rangers were fairly stacked at centre-back, yet they were consistently linked with the potential signing of Martin Skrtel.

The defender eventually signed for Serie A side Atlanta but Fabrizio Romano has now tweeted to report he’s leaving the club after only three weeks:

Atalanta are in advanced talks with Sevilla to sign Simon Kjaer. The CB would be replacement for Martin Skrtel who wants to leave the club just after 3 weeks. ?? #transfers

The Daily Mail confirmed the Slovakian would be leaving the Italian club after a row with the coach, while the Daily Record reported that Skrtel had confirmed there were talks held with Rangers over a potential move to Glasgow.

Although they probably don’t need him he would add vast experience to the Rangers defence and could be particularly useful in the Europa League where they will likely be forced to defend.

Their big Summer signing Filip Helander has been left out of the starting XI a lot this season so it could be that Gerrard doesn’t rate him that highly. 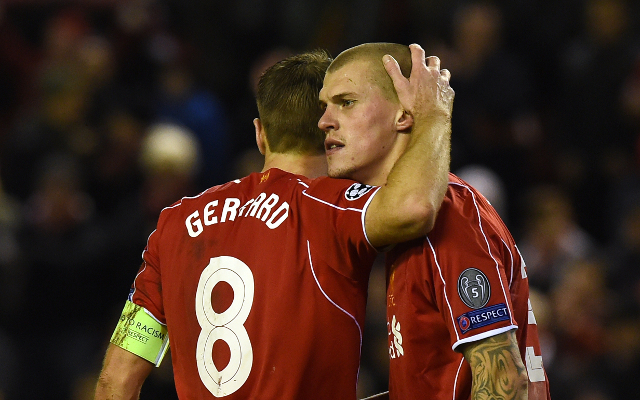 Skrtel was linked with a reunion with Steven Gerrard

Skrtel played for Liverpool between 2008 and 2016 and even captained the club on a number of occasions. It was not the most successful period of Liverpool’s history but he did make over 300 appearances for them.

A lot may depend on the outcome of the Old Firm Derby today, if Rangers lose or look poor defensively then Gerrard might be inclined to add his former team-mate to reinforce his back line.