Spanish giants Real Madrid are on the brink of completing what could be their final deal of the summer, this ace is undergoing his medical with Los Blancos.

According to Spanish outlet AS, goalkeeper Alphonse Areola has passed his medical with Real Madrid ahead of a season-long loan move from Paris Saint-Germain.

The France international will join Zinedine Zidane’s side as a backup to Thibaut Courtois. According to Marca, star stopper Keylor Navas will head to PSG in the opposite direction in a €15m deal.

Marca also understand that Navas will be part of Madrid’s squad for their clash against Villarreal later today, given his service to Los Blancos we think the Costa Rican deserves a big sendoff and one final game between the sticks. 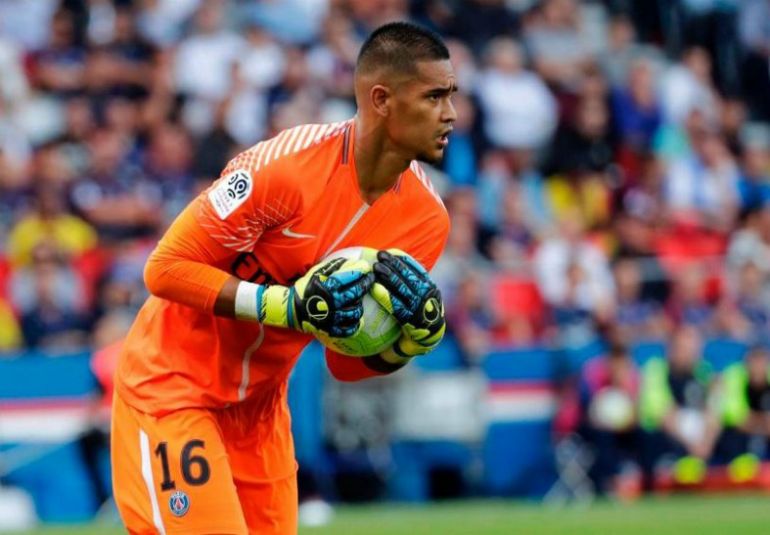 Alphonse Areola in action for PSG.

Navas has pushed the La Liga giants for an exit over his concerns with his playing time, which is totally understandable.

The stopper steadied the ship when Courtois was in embarrassing form following his move from Chelsea, but the Belgian has had the time to settle himself and become Madrid’s number one.

Areola is a quality backup option, the 26-year-old has been an important player for PSG in recent years and he was part of the France squad that won the World Cup in 2018.

Areola is a great backup option and the Frenchman certainly has the talents to step up when required in the event that Courtois is injured or needs resting.

Areola is also more than capable of being the side’s number one if Courtois falls into poor form again at any stage this season.