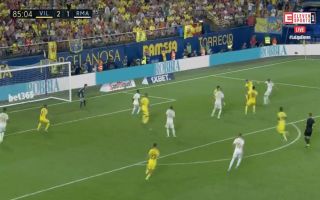 Gareth Bale scored another goal for Real Madrid this evening, as Zinedine Zidane’s side equalised again against Villarreal.

Having been 1-0 down earlier in the match, Bale equalised for Real just before half time, with the home side then taking the lead in the second half via Moi Gomez.

Real then equalised for a second time in the match through Bale, as the Welshman cut in from the right wing before unleashing a stinging left-footed drive past the Villarreal goalkeeper at his near post.

Guess Real are glad they’ve kept hold of this summer after this!