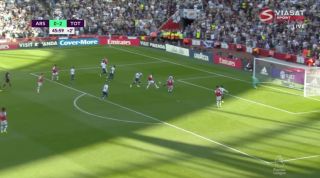 Alexandre Lacazette was on hand to open the scoring for Arsenal today, as he halved the Gunners’ deficit in their north London derby clash against Spurs.

Having been 2-0 down thanks to goals from Eriksen and Kane, and with half time closing in, the Gunners clawed a goal back just before the break thanks to Lacazette.

Lacazette , what a goal !!#ARSTOT

After being given the ball by Pepe, the Frenchman took on two Spurs players before rifling home with his left from close range.

Game well and truly on at the Emirates going into the second half!

Pictures via the Premier League. 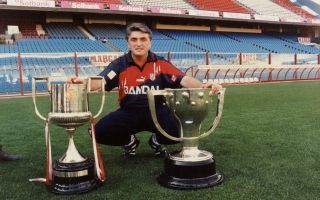