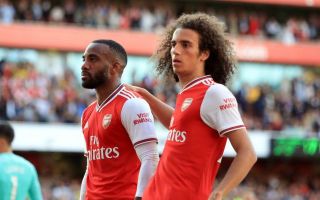 The 20-year-old Frenchman was terrific in midfield yesterday and provided the assist for the Gunners’ equaliser. Guendouzi made a terrific cross which was tapped in by Pierre-Emerick Aubameyang.

Mourinho feels that the midfielder should make such forward passes more often. As quoted by Metro, the former Manchester United and Chelsea manager told Sky Sports: “Sometimes when I watch matches I am a bit critical – in a good sense, on the coaching side of it – because sometimes I think Guendouzi plays too easy and too many square passes when he can look forward.

“His first control normally is immediately for a sideways pass. He played a good game today and this is a great example of what he can do, because he’s a kid with talent. But he needs that kind movement and Aubameyang made a fantastic run for him.”

Yesterday’s North London Derby turned out to be a pretty exciting affair as Spurs took a 2-0 lead courtesy of goals from Christian Eriksen and Harry Kane. However, Alexandre Lacazette pulled one back before half-time and Aubameyang headed in the equaliser.

Arsenal are currently 5th in the Premier League table and play their next match against Watford at Vicarage Road.