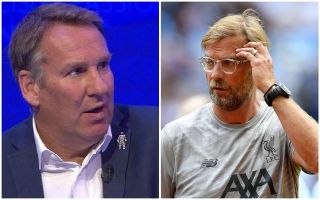 Arsenal legend Paul Merson has sparked controversy with these comments regarding Liverpool’s front three, the Sky Sports pundit had this to say…

Liverpool’s trio were instrumental in the Merseyside club putting an end to their wait for a piece of silverware as the fired the Reds to a sixth Champions League triumph last season. 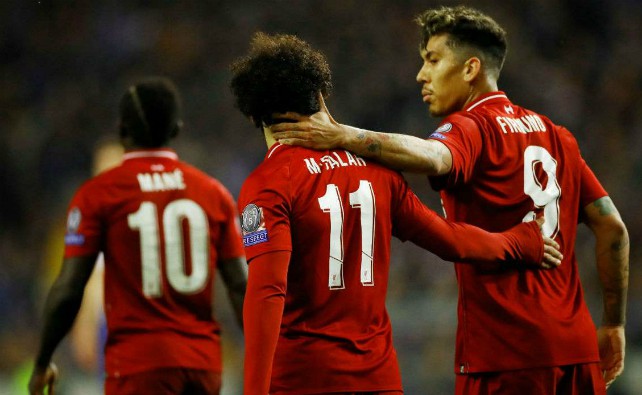 Salah and Mane also shared the Premier League’s Golden Boot. Arsenal’s Aubameyang was also a winner of the trophy, but the Gabon star is the Gunners’ main outlet.

Could Aubameyang and Lacazette do what Mane and Salah did, I for one don’t think so.

Brazilian superstar Roberto Firmino has been earning rave reviews for his displays so far this season.

Ivorian ace Nicolas Pepe has shown glimpses of real mercurial talent in his opening matches for the Gunners, but the 24-year-old has made just one goal contribution so far this term.

Here’s how fans reacted to the former Arsenal playmaker’s comments:

Merson needs to give his head a wobble.

LFC’s front 3 work so well together because of the work Firmino does. Arsenal don’t have a player like that.

This is bollocks. Liverpools front three dont rely on service. We have probably the least creative midfield in the league as the stats show. If Arsenals front 3 were as good they’d be scoring more.

Isn’t close to ours or Man City’s

Paul merson there chatting absolute shit as per usual

@TomB796 deluded, service for Liverpool’s front 3 isn’t even great they make chances themselves

But aubameyang cat play out on left very well lacazette can only play in the middle. And no one has seen enough of pepe yet. But city and liverpool front line they can all play in them positions.

Again it shows a lack of understanding about LFC,s front 3. Non of them are out and out strikers.there is far more to it than just shoving 3 strikers up front and claiming they are as good as Liverpool’s. what about the work rate and pressing?

Arsenal’s attackers are brilliant, but it’s evident that Liverpool’s trio are on a whole other level. Until the Gunners win some major accolades, they simply can’t be compared.