One of Real Madrid’s reportedly out of favour stars, rejected a move to this European giant before the transfer window closed. Does he have a future in Madrid?

Kern adds that Mariano was keen on staying in the Spanish capital as Zinedine Zidane’s third choice striker. The Spanish-Dominican is currently behind Karim Benzema and summer signing Luka Jovic in the pecking order.

It’s also added that this could prove to be a great decision from the 26-year-old if Zidane changes formation and opts for two strikers in the futre.

Mariano had been linked with a whole host of top clubs this summer, with it seeming like Zidane was pushing the ace out of the door. Marca reported that Sevilla were interested in the €30m-rated striker.

Don Balon revealed that Cristiano Ronaldo had asked Maurizio Sarri to consider the ace as a forward option.

Spanish television outlet El Chiringuito even claimed that Mariano was close to sealing a move to Ligue 1 giants AS Monaco.

Mariano was largely limited to cameo appearances for Los Blancos last season. In his 19 outings across all competitions, the striker managed to score just four goals. 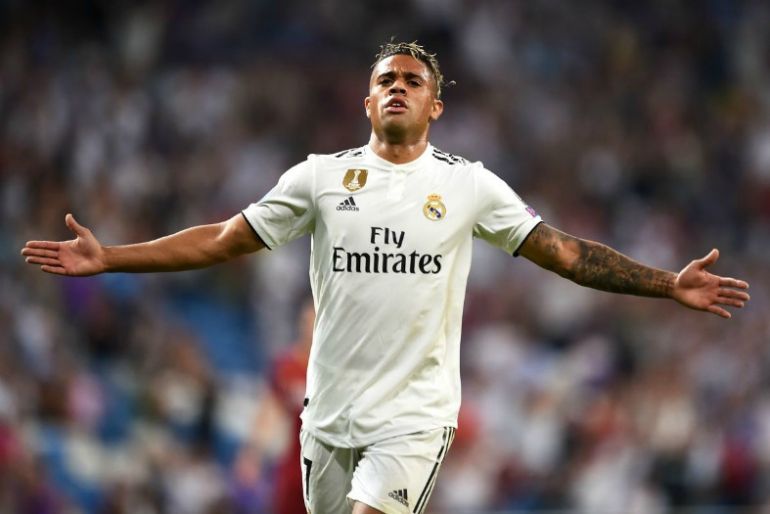 Mariano had looked set to leave Los Blancos this summer.

Mariano only returned to Madrid last summer after some impressive performances for French side Lyon. According to BBC Sport, Florentino Perez’s side parted with €22m to secure the ace’s return.

The forward was prolific during his time in France, netting 21 goals during the 2017/18 season. If Zidane can tap into this version of the striker, Los Blancos will have a quality forward option on their hands.

Mariano has scored 81 goals in his entire career, but the bulk of these have come for Real Madrid’s B and C teams.

Mariano is certainly serious about his chances of winning a place in Zidane’s side, AS understand that the forward turned down the offer of a €4m annual salary.