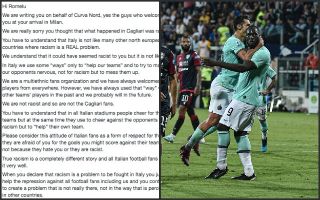 Inter Milan’s Curva Nord ultras have shockingly claimed that forward Romelu Lukaku was not being racially abused by Cagliari fans in Sunday night’s Serie A clash.

The Belgian superstar scored from the penalty spot to fire his side into the lead and was subjected to racist abuse – including monkey chants.

Inter Milan’s Curva Nord ultras group (Curva Nord is a section in the San Siro stadium) have this evening taken to Facebook to post a statement that defends the unforgivable actions of these Cagliari fans towards their own player.

Inter's Curva Nord (ultras) writes a letter to Lukaku where they among other things say "We are really sorry you thought what happened in Cagliari was racist" pic.twitter.com/8J1KftZ8OL

It’s shocking to see something like this happening in 2019. It’s even more alarming that Serie A’s muted response to the serious matter is almost undermining the issues.

According to Bleacher Report via Sky Sports, Serie A disciplinary judge Gerardo Mastrandrea reviewed the incident and referred to “chants that were the subject of news articles and TV reports” in his report.

However, the chief failed to use the word ‘racist’ in his report. 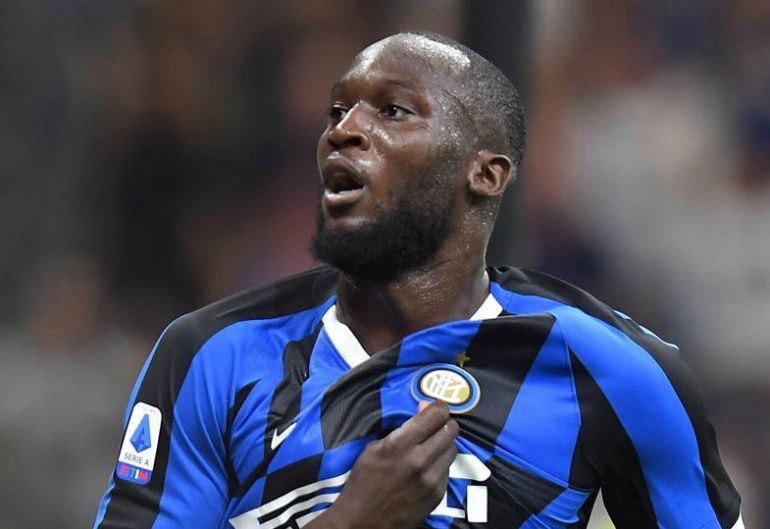 After falling out of favour with Ole Gunnar Solskjaer at Manchester United, Lukaku sealed a €80m (£74m) move to Inter, as per BBC Sport.

With two goals from two games it seems as though Lukaku was getting his career back on track after a difficult spell in Manchester, we hope that the Belgian star can re-establish himself as one of best in Italy – without being subjected to racist abuse.

Something needs to be done about this vile group of Cagliari fans as well, as this isn’t the first time that fans of the Serie A side have been racist towards players: