The report claims that the Norwegian isn’t happy with the pair’s failure to score “scruffy goals”, it’s added that England international Rashford has only scored six goals inside the six-yard box since August 2016.

It’s clear that Rashford and Martial aren’t your usual strikers that poach opportunities in the box, however, the duo are United’s most potent attackers – having a hand in all but one of United’s seven league goals this season.

What the pair lack in the six-yard box, they most certainly make up for in situations like the counter-attack.

The Athletic add that Solskjaer has developed tailored training drills for the pair in order to turn them into ‘poachers’. 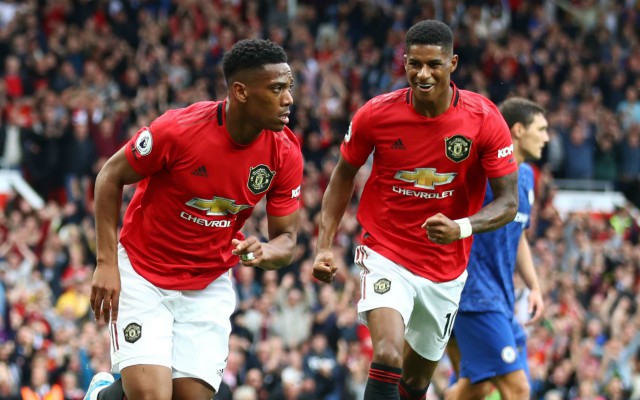 Rashford and Martial have been two of Manchester United’s best performers so far this season.

Here’s what the report says:

“Solskjaer is insisting his young forwards rehearse near-post darts and recreate game scenarios that allow him and Martial to score more poachers’ goals.”

United have failed to win a league game since their opening day thrashing of rivals Chelsea, the Red Devils drew against Wolves and Southampton, and lost against Crystal Palace.

Given that Rashford and Martial are already United’s star performers, I believe that Solskjaer should be focusing his eye on some of United’s first-team stars that are evidently not pulling their weight.

Re-training the duo to be more clinical in the box is likely to take away from other aspects of their game, would it really be worth the risk?