New Real Madrid man Eder Militao is reportedly prepared to leave the club in January should he not be given more first team minutes by Zidane over the next few months.

Los Blancos brought Militao in from Porto earlier this summer, with the Brazilian international’s arrival bolstering the club’s defensive options as a result of this transfer.

However now, it seems like the Brazilian time in the Spanish capital could be coming to an end sooner rather than later if certain reports are to be believed.

As per Don Balon, Militao is under the impression that he should be given the chance to impress for Real soon, with it then being noted that if the 21-year-old doesn’t get adequate game time in the near future, he won’t hesitate to force through a move away from the Bernabeu in January. 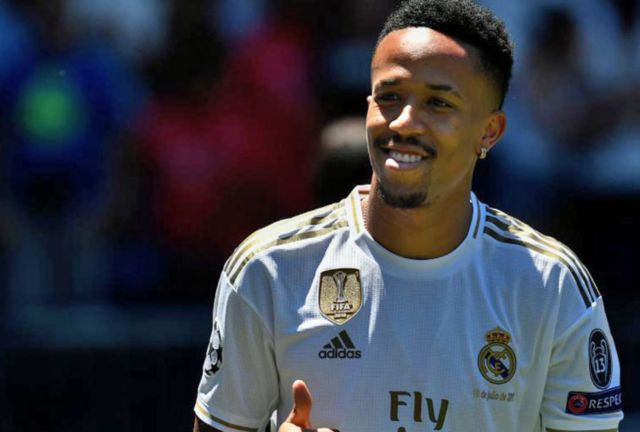 Militao is yet to make an appearance for Real this term despite the club forking out €50M to bring him in from Porto over the summer (fee as per Don Balon).

Given that both Ramos and Varane have hardly been in the best form of their careers since the start of last season, Militao must be wondering what it’s going to take for Zidane to give him a chance in the club’s first team.

If Ramos and Varane forms don’t improve in the coming weeks and months, we certainly wouldn’t be surprised to see Militao handed a few first team starts by Zidane, even if it’s just to deter him from leaving the club in January…