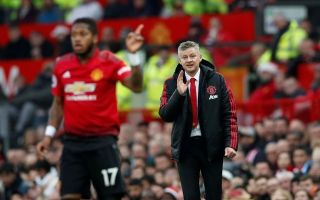 Manchester United midfielder Fred has sparked controversy after it emerged that the Brazilian has liked a social media post claiming he’s ‘better’ than this teammate.

Manchester United’s midfield flop Fred could land himself in the bad books of his teammates, Ole Gunnar Solskjaer and faithful fans after his recent social media antics.

The Old Trafford outfit’s £52m signing, as per the Guardian, recently liked an Instagram comments that suggest he’s better than teammate Jesse Lingard.

England international Lingard has faced criticism for his unflattering performances as of late and it seems as though Fred isn’t happy to be below the charismatic star in United’s pecking order.

The comment in question reads: ‘Fred better than Lingard’.

I know Lingard gets his fair share of criticism, but wouldn’t agree with this… even if Fred does! ? pic.twitter.com/ygJJL8ee6c

There’s no doubting that Lingard has been one of United’s failing stars recently, but the attacking midfielder has still contributed more than Fred – who is on his way to cementing himself as an Old Trafford flop.

The Brazilian arrived in a big-money move from Shaktar last summer and he’s since failed to prove that hefty price tag, Fred made 25 appearances across all competitions for the Red Devils last season.

It’s surprising to see that Fred is pushing to be played ahead of Lingard as the Brazil international is a different style of player to the Englishman.

Fred was supposed to be the box-to-box midfield maestro that would help United return to their former glory, Lingard is more of an attacking midfielder.

It currently looks as though Fred’s only chances of breaking into the team this season will be if he plays in an advanced role.

Solskjaer seems to be opting for a midfield of superstar Paul Pogba and youngster Scott McTominay.

Does Fred have what it takes to overcome his woes and become a crucial player for United?