Former Man United man Matteo Darmian took to Twitter yesterday to issue an emotional farewell message to his former side and their fans following his departure from the club.

The Italian international sealed a move from United to Serie A outfit Parma on deadline day, as the defender secure a switch back to his home country.

And following this transfer, Darmian has taken to Twitter to send a farewell message to Red Devils supporters after his four-year stint with the club came to an end.

As seen in the tweet below, Darmian notes he was very proud to play for Man United, with the Italian also issuing a thank you to the club in the process.

It was a great journey during this 4 years! I’m very proud to be part of Manchester United family! To play and win trophies for the biggest club in the world! I will never forget the great moment and memories that we spent toghether! I want to say thank you all @manchesterunited pic.twitter.com/bwLi5diJHQ

Darmian rarely played for United during his last few seasons with the club, thus we doubt too many United fans will be crying themselves to sleep over the player’s departure.

During his stint with the club, the 29-year-old made a total of 92 appearances, helping the club win an FA Cup, League Cup, Europa League and multiple Community Shields during this time frame. 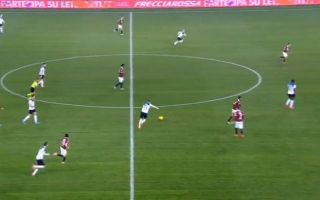 United brought in stars like Harry Maguire and Aaron Wan-Bissaka earlier this summer, and given this, combined with the fact that Luke Shaw has returned to full fitness, we highly doubt Darmian would’ve got many first team minutes for Solskjaer’s side this term.

Thus, Darmian leaving the club earlier this week seemed like the wisest move for all parties involved.