One of Chelsea’s out of form stars could be handed a lifeline by these La Liga clubs, the ace has been subjected to fan criticism for poor displays recently.

According to the Express, La Liga outfits Real Sociedad and Athletic Bilbao would be prepared to bring Chelsea’s Cesar Azpilicueta back to Spain if he loses his place in the Blues’ lineup.

Azpilicueta is one of Chelsea’s most loyal servants in the Premier League era, the Spaniard has been a model professional during his seven years at Stamford Bridge.

The defender has missed just two Premier League over the last four seasons (not including this campaign), the 30-year-old has featured at his traditional right-back and centre-back during his time in west London.

The club captain has become one of the main targets of criticism from fans following some unflattering displays so far this season.

Azpilicueta struggled as Chelsea threw away a two-goal lead to promoted side Sheffield United last weekend. Both of Sheffield’s goals came from the Spaniard’s right-flank.

Some fans blasted the star and stated that he’s “costing the team goals every game”. 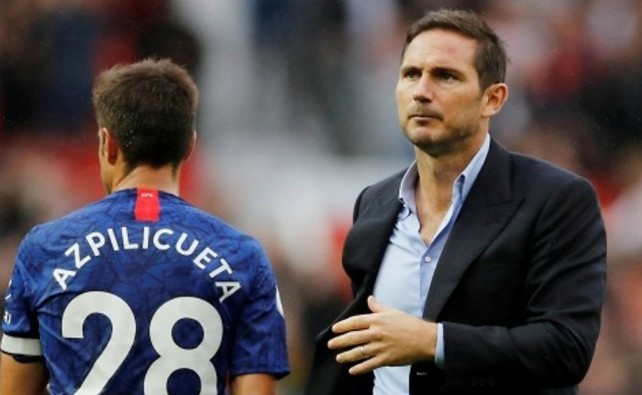 Is Azpilicueta’s time with Chelsea about to come to an end?

Frank Lampard’s side are playing attractive attacking football, with the likes of Mason Mount and Tammy Abraham reaping the rewards so far, however, the side’s defence are leaking goals at an alarming rate.

The Express’ report also claims that Azpilicueta’s place in the starting lineup will be under threat from promising ace Reece James. The versatile defender is expected to push for a first-team spot once he returns from injury.

Lampard is using Chelsea’s top academy stars, so it seems like James is primed for a starting role in the near future.

Azpilicueta started his career at boyhood club Osasuna before catching Chelsea’s eye with solid performances for Ligue 1 side Marseille.

The Spaniard has won six major trophies with the Blues during his seven-year spell, the defender has made a stunning 239 Premier League appearances during this period.

Azpilicueta is a model pro that should be a role model to all young players, but unfortunately the ace can’t cope with the modern style of winger and he’s beginning to look seriously out of depth at Premier League level.