Liverpool fans probably can’t imagine their side without this superstar now, but fans will be surprised to learn that the club were close to signing this now Chelsea star over him.

According to The Athletic (subscription required), Champions League winners Liverpool were close to signing current Chelsea star Emerson Palmieri over Scotsman Andy Robertson in the summer of 2017.

BBC Sport revealed that Jurgen Klopp’s side signed Robertson in a deal that is worth up to £10m prior to the start of the 2017/18 season.

The energetic full-back made the switch to Merseyside after impressing with Hull who were relegated in the 2016/17 Premier League campaign.

Robertson, who is now considered as one of the best players in his position and a firm Liverpool fan favourite almost missed out on a move to Anfield, with the club also pursuing a move for then Roma and current Chelsea star Emerson.

Emerson, just like his counterpart Robertson, was very impressive during the 2016/17 season.

The Italian-Brazilian established himself as a key player for Roma during this campaign and his solid performances caught the eye of teams across Europe.

Emerson suffered an injury on the final day of the 2016/17 season and this ultimately led to Liverpool making Robertson their prime target at left-back. 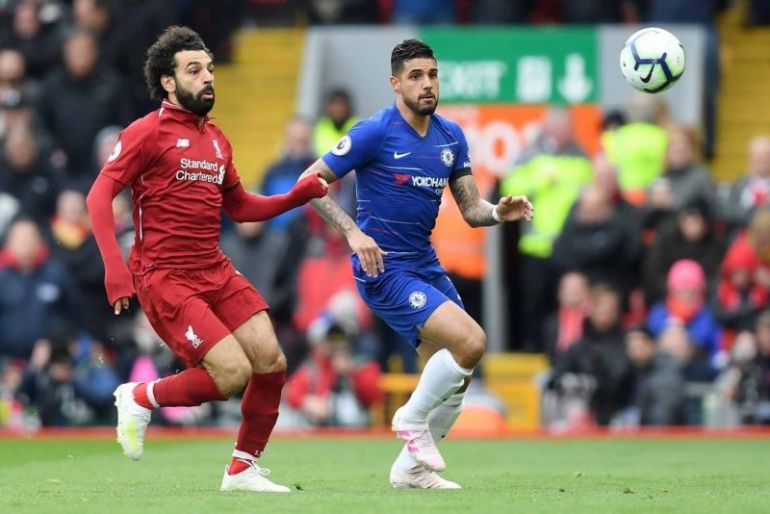 Emerson recovered from his injury just before Christmas in 2017 and Chelsea came calling for the full-back’s services in the January transfer window.

The ace joined the Blues for a fee reported to be £17.6m, as per BBC Sport.

The pair are the same age (25 years old) and they’ve both taken their games to the next level since moving to England.

Robertson rose quickly to stardom, the Scotsman fits perfectly into Klopp’s system and his stunning displays have led to him being considered as the best left-back in the world.

Emerson on the other hand had to wait for his opportunity to shine. The Santos academy graduate played second fiddle to Marcos Alonso for most of his first year in west London.

Maurizio Sarri finally answered fans’ prayers by beginning to use the star in Premier League clashes over the shaky Spaniard and Emerson hasn’t looked back since.

The Italy international is arguably the only glimmer of hope in Chelsea’s underperforming defence under club legend Frank Lampard.

Robertson and Emerson are both top left-back’s and Liverpool and Chelsea are lucky to have the stars on their respective books.