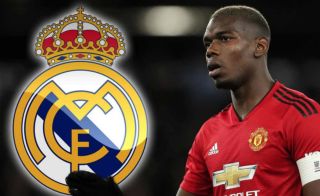 The saga surrounding Paul Pogba’s future at Man United was one of the most drawn-out stories of the summer, however following the closure of the transfer window, it looks like the Frenchman’s future lies at Old Trafford for the time being.

According to the Mirror, Pogba was one of Los Blancos’ top targets for the summer window, with the player himself even being willing to reject the offer of a new contract from the club in order to seal a move to the Spanish capital.

However despite this, the French international failed to seal a move to the Santiago Bernabeu before Monday’s deadline, and according to recent reports, it doesn’t seem as if the player was ever close to moving to the La Liga outfit at all.

As per the Daily Mail, although Man United would’ve seriously considered a big-money offer for Pogba, Real never actually made a suitable bid for the World Cup-winner, news that’ll surely anger some of their fanbase.

Pogba is one of the Red Devils’ stand-out performers, thus we’re sure United fans will’ve been happy to see him remain with the club beyond this week’s deadline.

Although, the same probably can’t be said for Real’s fans, who would’ve surely been expecting Los Blancos to sign Pogba in an attempt to bolster their midfield options following more-than lacklustre campaign last year.

Had Real come in with a big offer for Pogba, it seems as if the club would’ve been successful in their pursuit of the former Juventus man.

However now, it looks like Real supporters are going to have to wait until at least January before seeing their side sign the midfielder…